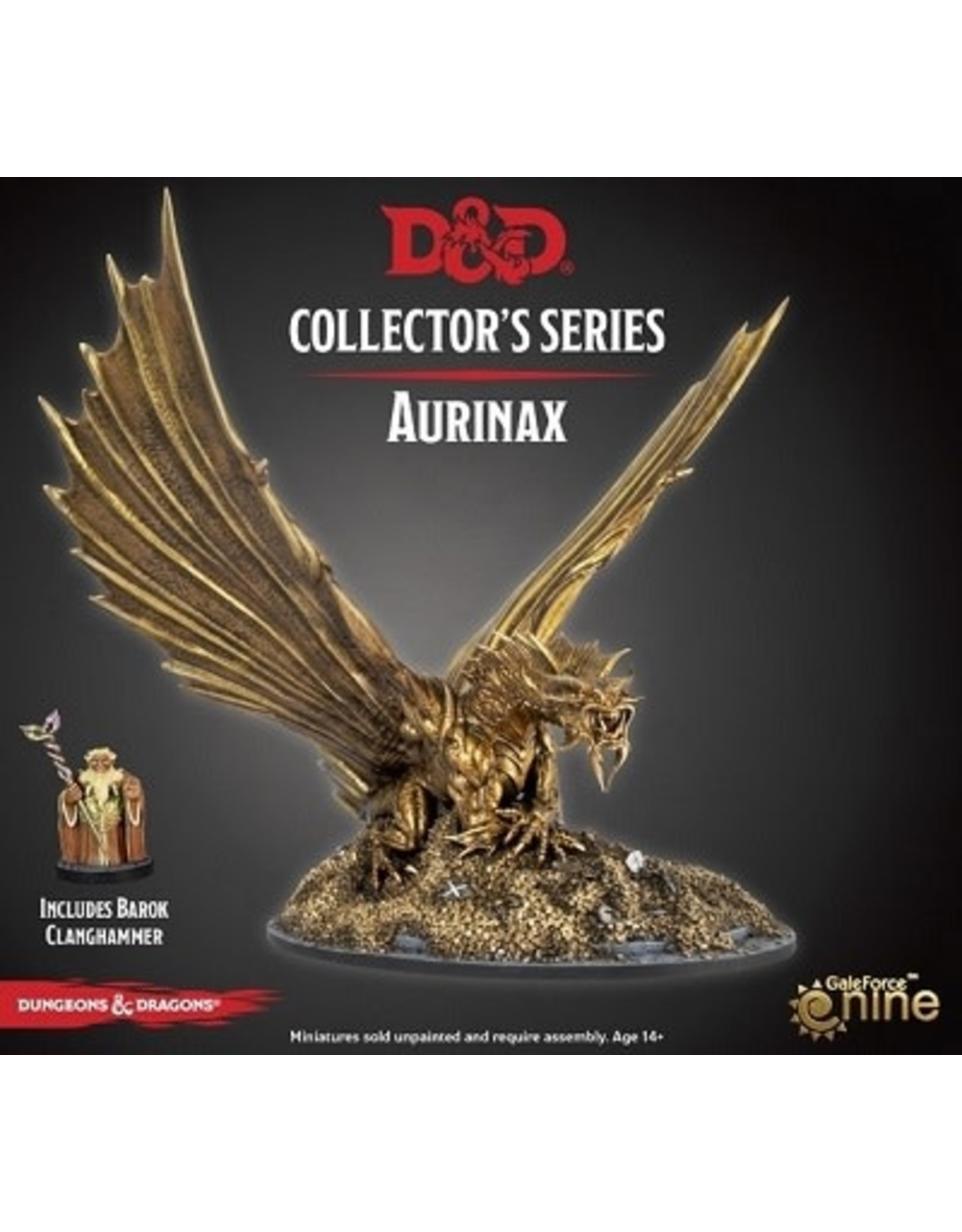 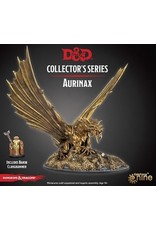 Aurinax is an adult gold dragon. He often assumes the form of an elderly gold dwarf named Barok Clanghammer, who uses his dragonstaff of Ahghairon as a walking stick. This was given to the dragon by Dagult Nevermber. , Open Lord of Waterdeep, and has the power to prevent other dragons from entering the city. In exchange for the staff, Aurinax promised to guard a vault and it's treasures beneath the city, until such time as Nevermber or his appointed vassals removed it. As it happens, no one has come to remove the treasure, and the faithful Aurinax has remained in the vault. The vault is warded against scrying magic, and there's no one left in Waterdeep who knows about Aurinax or the whereabouts of the dragonstaff.